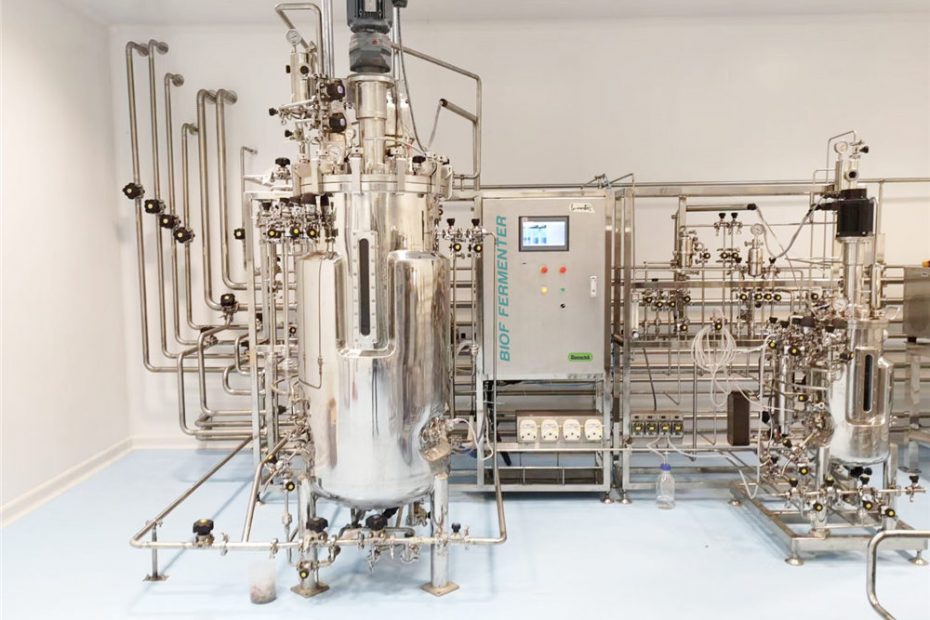 The traditional air purification system uses activated carbon, cotton, and ultra-fine glass fiber paper as the filter element, which has poor filtering effect and complicated operation. At present, the domestic membrane filtration technology is relatively mature. For example, the folded microporous membrane filter element made of vinylidene fluoride (PVDF) not only has high filtration accuracy, but also has a large flow rate. When using, the technicians only need to pay attention to dehumidification and degreasing of the compressed air before the filter, and sterilize the filter according to the specifications, so as to ensure the air sterility. In addition, since the PVDF membrane is not sensitive to the moisture in the compressed air, and the membrane itself has strong hydrophobicity, it can solve the problem that cotton filters cannot be used when the air humidity is too high in the past.

■Valve should adopt soft sealing
Valve, which is the most used auxiliary equipment in fermentation equipment, among which the most used is stop valve. The tightness of the valve to the medium can be divided into 4 grades, namely nominal grade, low leakage grade, steam grade and atomic grade. Nominal and low leakage seals are suitable for closing valves with less stringent requirements, such as those used to control flow. Steam-grade seals are suitable for sealing seats, stems, and body connections on steam and most other industrial valves. Atomic-level sealing is suitable for occasions with extremely high requirements on medium tightness, such as spacecraft and atomic energy power equipment. Since high-temperature steam is used to sterilize fermentation equipment in the fermentation industry, the tightness of the valve to the medium is required to be a steam-grade seal.
Since the valve is frequently opened during the fermentation process, it is often damaged by medium corrosion, scouring and cavitation. Therefore, the selection of the valve substructure, that is, the part where the valve seat and the closing member are in contact with each other to close, is more critical. The seal of the valve substructure is divided into two types: soft seal and hard seal. The sealing substructure of the hard seal forms a closed circular sealing contact line by the mutual extrusion of the valve seat and the closing member to produce a small elastic-plastic deformation. Although this type of valve has a good sealing effect in the early stage of application, the fermentation valve is opened more frequently, and it is easy to wear the previously formed contact line, or the sealing surface is damaged due to indentation due to unclean pipes. However, the elastic deformation of the sealing substructure of the hard seal is very small, and it is difficult to form a new sealing contact line. Therefore, long-term use may cause the valve to leak and cause the fermentation to fail. Soft-sealed valve closures generally use soft gaskets, which use the larger elastic-plastic deformation of the gasket to form a wider annular sealing contact belt to plug the unevenness on the sealing surface and eliminate gaps to form a seal. The processing accuracy is generally not high. If there are special requirements, the valve body material can be made of stainless steel, and the soft sealing closure can be replaced with a replaceable PTFE gasket, so that the valve can be guaranteed by frequently replacing the PTFE gasket. tightness.
■Pay attention to the sealing inspection on the valve.
If the processing quality of the valve stem and the valve body hole of the globe valve is not good, or the gap between the packing and the valve stem increases due to wear caused by long-term use, it will cause the medium to leak from the valve stem, which This phenomenon is known as valve “upper seal leakage”. However, in fermentation production, the upper seal check of the valve is often overlooked.
In fermentation production, due to the requirements of the fermentation process, some valves are not installed according to the fluid flow direction. For example, in some fermenters, the sampling valve is the first valve close to the fermenter. In order to sterilize the valve before sampling, The valve is installed in the opposite direction to the flow of the fermentation broth, so that a small additional valve can be installed at the bottom of the sampling valve to allow steam to flow. The sealing requirement of the upper sealing structure of the sampling valve is very high, otherwise the fermentation broth may penetrate into or even leak from the upper sealing structure of the sampling valve, thereby causing fermentation contamination.
At present, domestic globe valves are mostly multi-layer packing structures, and a hard spacer ring is attached to the packing structure, or the upper part of the sealing ring has a disc spring, which improves the self-adjustment ability of the sealing force and improves the sealing performance. If the upper seal leaks, and it is difficult to change the upper seal structure of the domestic valve, the leakage problem can be solved by changing the type of packing. For example, the conventional asbestos and expanded graphite packings are replaced by the current new type of expanded polytetrafluoroethylene packing, which is wear-resistant, corrosion-resistant and has a good sealing effect. The most important is the air system and the dead space in the tank, followed by the seed, handling and equipment systems. If it is a spore, it may be a dead corner, and a large area is mostly an air system. You can track the sterility test, see the time of contamination and the relationship between bacterial types, and it is best to have sterility tracking when the seeds are prepared to the fermenter. 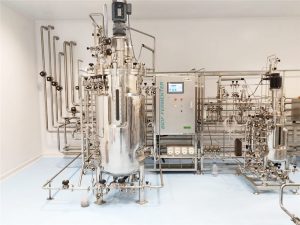