Home » Blog » The role of feed in a fermenter system

The role of feed in a fermenter system 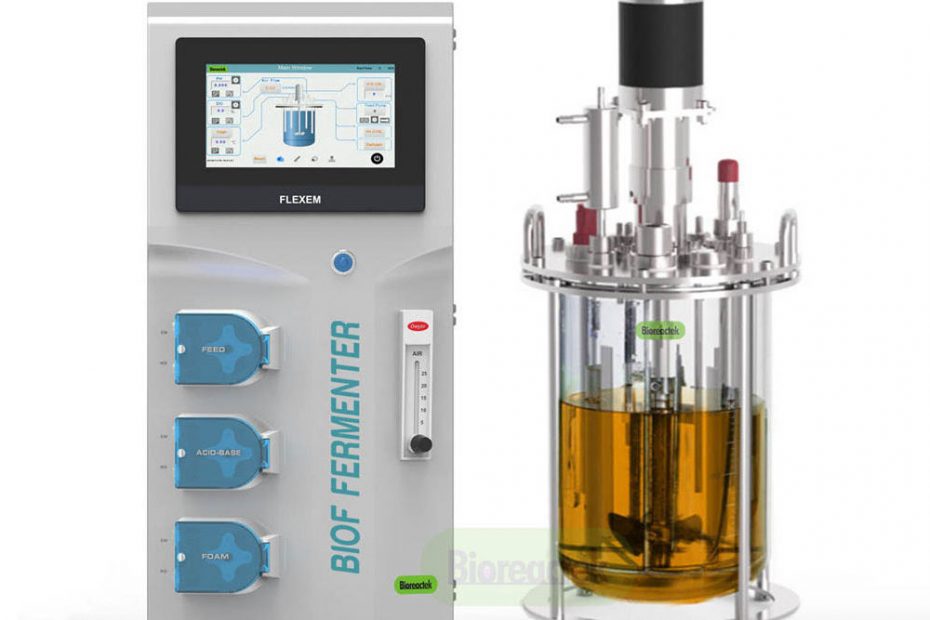 At present, the feeding process is one of the most researched and widely used technologies in the field of industrial fermentation. Generally, when the fermentation progresses to the stage of producing a large amount of products, due to the needs of synthesizing products and maintaining cell activities, nutrients are selectively supplemented. substance. A suitable feeding process can effectively control the intermediate metabolism of microorganisms and make it develop in a direction that is conducive to the accumulation of products. In this paper, the characteristics of feeding process, feeding principle, feeding kinetics and feeding control theory are reviewed.

There are roughly five types of nutrients supplemented by feeding fermentation:
①Supplementary energy and carbon sources required by bacteria, such as glucose and liquefied starch, etc.;
②Supplementary nitrogen sources required by bacteria, such as peptone, bean cake flour, corn steep liquor, Organic nitrogen sources such as yeast powder and urea, and some fermentations also adopt ammonia gas or ammonia water addition;
③ Add trace elements and inorganic salts required for growth and metabolism of some bacteria, such as phosphate, sulfate, etc.;
④ For production Microorganisms that induce enzymes often add the substrates of the enzyme in the feed to increase the yield of the enzyme;
⑤ For the fermentation of some antibiotics, it is often necessary to supplement the precursors formed by the antibiotics. 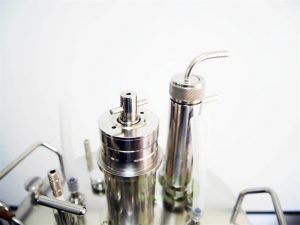 The role of feeding
(1) Is conducive to the high-density culture of bacteria: the biomass of high-density fermentation can reach 60-150g/L, and 2-5 times the amount of nutrients needs to be input. Therefore, if all the feeds are added to the medium at one time, the excessively high concentration of nutrients will inevitably cause the disorder of bacterial metabolism, which is manifested as prolonged lag period, lower specific growth rate, and lower yield;
(2) Reduce the medium Inhibition of bacterial growth by toxic substrates Some fermentations require the use of toxic substances such as methanol, acetic acid and phenol as medium components. These substances can inhibit the growth of microorganisms even at low concentrations. By feeding, the inhibitory effect can be reduced;
(3) Relief of the inhibitory effect caused by high concentrations of nutrients and catabolites: glucose catabolites can inhibit cellulase, protease, amylase, invertase and amino acid synthase. the synthesis of enzymes. The growth rate of the bacteria is controlled by feeding, so that the synthesis of enzymes can be significantly de-repressed; the adverse effects of by-products such as ethanol, formic acid, and lactic acid produced by catabolism on the growth of the bacteria can be reduced by feeding;
(4) It is beneficial to maintain Different fermentation conditions: pH changes often occur during the fermentation process. Direct addition of acid or alkali can quickly adjust the pH, while adding carbon or nitrogen sources can slowly and fundamentally adjust the pH. For aerobic fermentation, too much sugar at one time will cause the cells to grow too fast and consume oxygen quickly, and the conventional ventilation and stirring cannot meet the oxygen supply demand. Feeding can alleviate this contradiction. In addition, feeding can adjust the physical parameters such as the viscosity of the fermentation broth, oxygen transfer coefficient, etc., improve the fermentation environment, and is conducive to cell growth and product synthesis.

There are three feeding methods without feedback control: constant speed feeding, variable speed feeding and exponential feeding
(1) Constant-rate feeding
In the constant-rate feeding fermentation, limiting nutrients are fed at a preset constant rate. Relative to the bacteria, the nutrient concentration gradually decreased, the specific growth rate of the bacteria also decreased, and the total amount of bacteria increased linearly. Constant-rate feeding satisfies the needs of bacteria for nutrients to a certain extent and avoids nutrient inhibition, but this method is often only controlled according to a parameter index. Such manipulations are common in early reports;
(2) Variable-speed feeding
Variable-speed feeding refers to the continuous increase of the feeding acceleration rate in a gradient, stage or linear manner during the culture process. It can add more nutrients to promote the growth of cells under the condition of high bacterial concentration, and realize the continuous increase of the specific growth rate of cells, which is beneficial to the formation of products. Although relatively rough, it is better than the constant speed addition method;
(3) Index feeding
Index feeding is a simple and effective method. The feed rate increases exponentially, which can control the nutrient concentration in the reactor at a low level, while the specific growth rate of the cells is constant and the cell density increases exponentially. Exponential feeding is more suitable for the growth process of bacteria and does not require particularly complicated instruments, so it has received more attention. 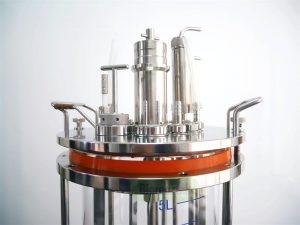 Feedback Control Feed
The actual fermentation process often deviates from the preset process. If the deviation can be corrected in time, the reaction can be carried out in the predetermined direction, otherwise it will be difficult to achieve the expected goal. Feedback control feeding is the real-time or online detection and control of parameters such as nutrient concentration, product concentration and cell concentration in the reactor during the fermentation process.

(1) Simple feedback control (also known as single cycle method) feeding
This method controls and maintains constant parameters such as pH or dissolved oxygen concentration coupled with nutrient utilization. For example, a constant pH value is preset, and the bacteria metabolize to produce acidic substances or ammonium during fermentation, which changes the pH value, thereby starting the control switch, starting feeding, and returning the pH to a constant value; using the dissolved oxygen concentration as the feeding switch, the It is based on the consumption of a certain key nutrient (mainly carbon source) in the medium, which will cause the dissolved oxygen concentration to change rapidly. The operation of this method is relatively simple, but it is empirical and prone to lag;
(2) Controlling the feeding according to the nutrient intake or demand is to
Detect the nutrient concentration in the medium online, and control the nutrients within the set value through feeding. This type of method is common in feeding control, and the object of control is often glucose concentration;
(3) The larger the specific growth rate μ of the feeding
Bacteria is controlled according to the specific growth rate, the faster the microorganism grows and the more nutrients are consumed;
(4) Controlling the utilization of feed
Nutrients based on the analysis of exhaust gas components is usually accompanied by the release of gases such as CO2. Determination of outlet gas, similar to the analysis of nutrients, can also be used to control feed rate;
(5) Control feeding according to cell morphology
When some microorganisms are cultured, the changes of cell morphology are closely related to the culture conditions (such as dissolved oxygen concentration, shear rate, and medium composition);
(6) Neural network control Feeding
Artificial neural network control is to simulate the operation mechanism of the human brain, using processing units instead of neurons, and relying on the interrelated information stored in the processing units to achieve control. This model can be used to predict whether the fermentation state is normal, predict the fermentation stage, predict the metabolic state, product, nutrient concentration and the production of various inhibitory states;
(7) It is difficult to describe the exact mathematical relationship between the measurable parameters in the fuzzy-controlled fed-feed fermentation and the growth and metabolism of organisms, but it seems more appropriate to describe their fuzzy relationship with the membership function.
When conventional detection and control methods are difficult to accurately reflect the operating state of the system, fuzzy control can be applied to the control process. Fuzzy control is the product of the engineer’s experience combined with the above-mentioned related control methods, or the completion is the product of experience.